It is with great excitement that I introduce myself as the new Editor-in-Chief of Boston Bimmer Magazine. I’m so thrilled to be in this role helping to curate the newsletter for such an incredible CCA Chapter.

My passion for the automotive world developed at an early age and I’ve carried it with me all my life. In elementary school my days were filled with daydreams of exotic and classic cars. While most kids on the school bus were busy with their Nintendo games, I usually had my head buried in the latest issue of Car and Driver or Road & Track. Chances were high that you could find crinkled, glossy torn out pages of an E39 M5 or a 996 Porsche mixed in with the assignments in my social studies folder.

It wasn’t until middle school, when my father got his E46 325xi sedan, that my love for BMW came about. A 2005 finished in Steel Blue Metallic over gray leather, it was a striking car that drew you in with its subtle, yet impeccably proportionate design. Every curve and line was so deliberately appointed – I was hooked. Now, when you’re 12 it’s easy to have impractical taste, and in the case of my father’s E46 it was far from the realm of Aston Martins or Lamborghinis that my friends were so drawn to. For me, however, none of that mattered. I found this 2.5-liter six-cylinder BMW to be everything I wanted out of a car, this coming from someone who at the time couldn’t even drive. I was so impressed with every little detail; the stance, the feel, the design, the fit and finish. Everything about the car emitted a sincerity of quality. It was calculated and precise and everything it should have been – the quintessential sports sedan.

As a student at Nashoba Regional High School in Bolton I learned to drive on my father’s second BMW, an E92 328xi coupe, though its speedometer was “verbally” limited to 40 mph, mostly by my mother and from the back seat. It served our family well throughout my high school years, easily shuttling my friends and I to baseball practices despite being a coupe. Now amidst SATs and college applications, my obsession with cars still remained prominent but yielded to a larger focus on higher education. After Nashoba, I headed off to attend Hobart College in the fall of 2012, initially focused on economics and finance. However, it was there at that small campus in New York’s Finger Lakes that I discovered my passion for writing. I found it to be something that came as easily to me as recalling the technical specs of my dad’s E46, and the fact that there are so many different forms of writing appealed greatly to me. Four years and many, many papers later I graduated from Hobart with a Bachelor of Arts degree in Writing and Rhetoric.

My Father, Chris, and I at Devens with his 2016 M235i xDrive in Black Sapphire Metallic

I am so fortunate to be able to combine my passion for writing with my passion for BMW and I’m incredibly excited about what’s on the horizon. This is an exciting time for the Boston Chapter as we have several new improvements in store that will expand the way you as a member are able to stay connected to all things ///Boston, including our newly redesigned website which will now feature issues of the Bimmer in online and email format. You’ll be receiving the same, great content you always have but with a sizable reduction in paper!

Whether your years of membership are now in double digits or you’ve just recently joined, I’d like to say thank you. It is a privilege to be your new Editor and I hope you’ll enjoy reading Boston Bimmer as much as I always have.

See you at the track, 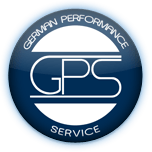